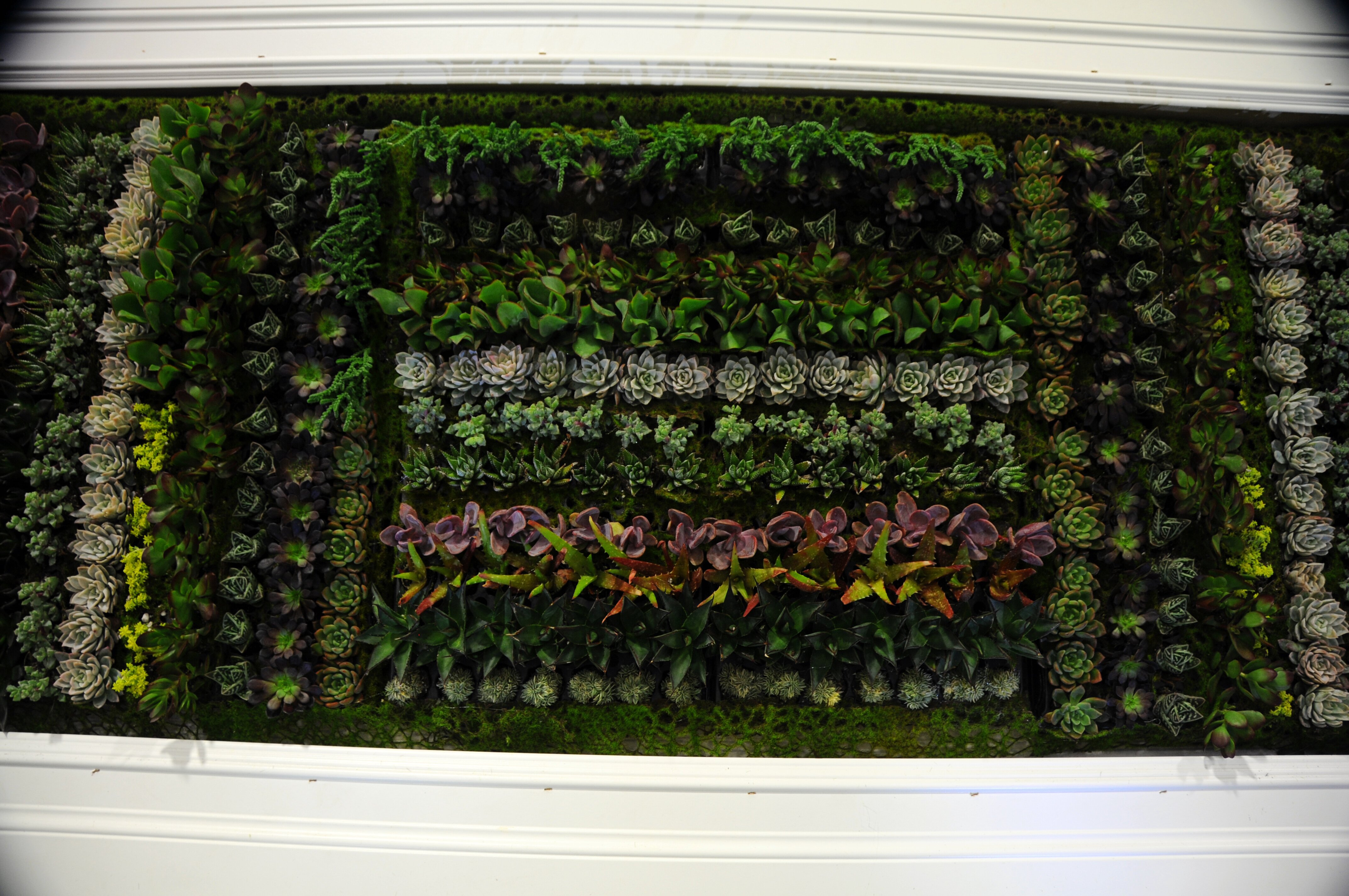 WHEW! The Salt Lake Tribune Spring Home and Garden Festival (could they make that name any longer?) is finally over!  It was a great show this year though not as ‘splashy’ as last year’s show.  The landscape industry in general is enduring the most difficult financial times EVER so it’s not surprising that the exhibits, while still great quality, were scaled back somewhat from previous years.

I had the opportunity to work the show for TWO booths, one for my regular paying gig and the other for my little side business which I did prior to the paying gig. That means I was there every single hour the show was open!  Even so, I enjoyed wearing different hats and talking to people- maybe even you? 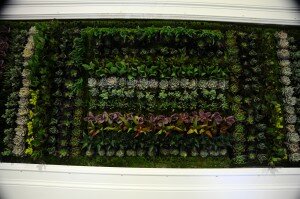 504 succulents were used to create a living picture- all foliage, no flowers!

The highlight of the show for ME personally was the opportunity to display a temporary succulent green wall made from 504 succulents provided by Proven Winners.  Now, I don’t get to KEEP these pretties but it sure has been fun to babysit them for a week! The folks at Proven Winners even AIR MAILED me the plants to make sure they arrived in time for the show.  Serious customer service!

Close up view of vertical and horizontal rows

It was so fun to watch people’s reaction to the display.  Some just assumed it was a picture.  Others openly gawked.  Many wanted to touch the plants and a few made the mistake of touching the Agaves with their little spiked tips. Ack!  All were amazed.  The purpose of the wall was to provide a way to open the discussion with people about plants.  It definiately worked! I realize that green walls are almost commonplace in other parts of the country but it is cutting edge in these parts! One more close up- I'm going to miss this display!

The funniest ‘incident’ of the show happened when a Dad pushing a stroller couldn’t stop staring at the succulent wall but was still moving to keep up with his wife.  Since he was clearly puzzled and almost out of ‘range’, I just confirmed what he was looking at by saying “Those are real”. Usually, I’d use a longer sentence (as in “there are 504 actively growing plants in that wall”!) but since he had almost passed me by- I shortened it down.  Imagine my embarrasment when his wife turned around at just the wrong time with 2 lovely ‘purchased’ succulents of her own that were well displayed! She turned to her husband with a stunned look on her face- a look that said “Did she just say what I THINK she said?”  I realized just in time that I had been misheard and quickly ammended my statement to “The PLANTS are real! You know, the PLANTS?”  while madly gesturing toward the succulent wall. Seriously, only *I* would mess up something like that!  And yes, I really WAS talking about the plants- I didn’t even notice his wife until she turned around after I misspoke!

Sadly, instead of scratching my succulent itch, I fear this opportunity only fanned the flames for me. I’m totally addicted to succulent plants now!  I am hoping to create some really cool exterior displays with them later in the season.  That little succulent topiary I made last month should keep me in plants for quite sometime.  Until I find new varieties I simply must collect. Sigh.  Like all the other plants I just HAVE to have!

In any case, if you missed it at the show, I did manage to get some good photos for the blog. 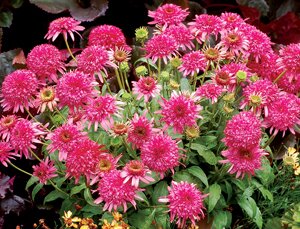 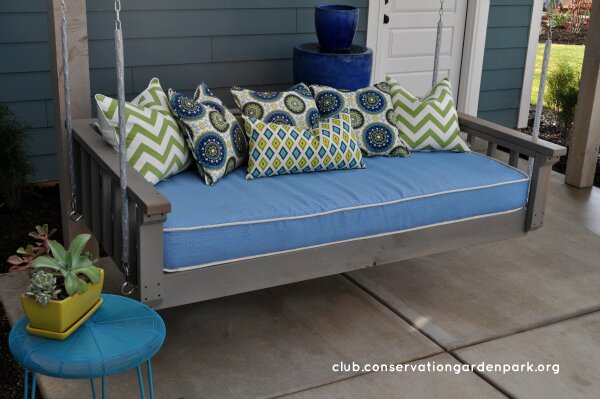