And this time I don’t mean me with Ahmed!  The show was BACK this year with huge crowds and great ideas.  One change was that there were more small landscapes by landscapers I haven’t seen at the show before.  It was great to see how much interest they could pack into some pretty tight spaces! They set up the landscaper dream gardens a little differently this year and I liked the change. Instead of a hodge podge, they created an overall radial layout then had the landscapers create dream gardens within their individual sections. This gave it some cohesive structure yet still allowed the individual companies to showcase their talents.  The linking element between all booths was a massive paver walkway/display by Belgard Pavers.

During previous shows, the other exhibitors (including me), always joked about the competition among the landscapers to build the tallest waterfall- as though their manhood depending on winning that unspoken battle! This year the vibe was MUCH different as the design FELT more collaborative and less, well attention whorish. 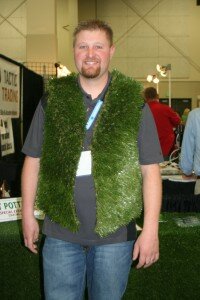 Okay, perhaps just a bit attention whorish- afterall, it’s tough to compete with so many vendors for people to look at.  You’d be surprised at how many people stopped to talk to the faux grass guys near us because of the ‘stylish’ fake lawn vest!  Whatever it takes!

It could also be because the two biggest companies who provided the most competition have been driven under by the economic collapse- perhaps there is just less cockiness overall now as those still in the game don’t take it for granted?  There was certainly less grandiose show in some ways but I felt like it was more accessible to a greater number of potential clients as a result. In any case, I thought it looked great! Lots of small water features- much more manageable for homeowners than ponds.  I think the prettiest water features goes to Stonescapes who used a couple hundred flats of Scotch Moss on their exhibit. Note: that would totally FAIL in a real Utah setting but it’s the Home Show in March and you’ve gotta use what you can find that makes things feel lush- it’s about dreaming, not horticultural accuracy. 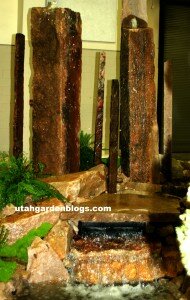 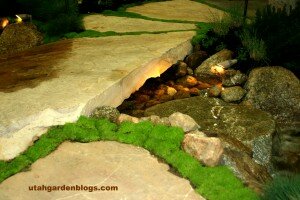 And we may as well finish off by dreaming big- this landscape featured a ginormous fireplace, pergola with seating on the opposite side, a putting green and more. 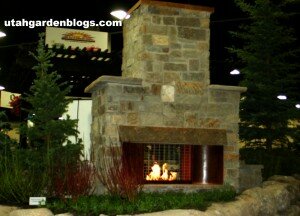 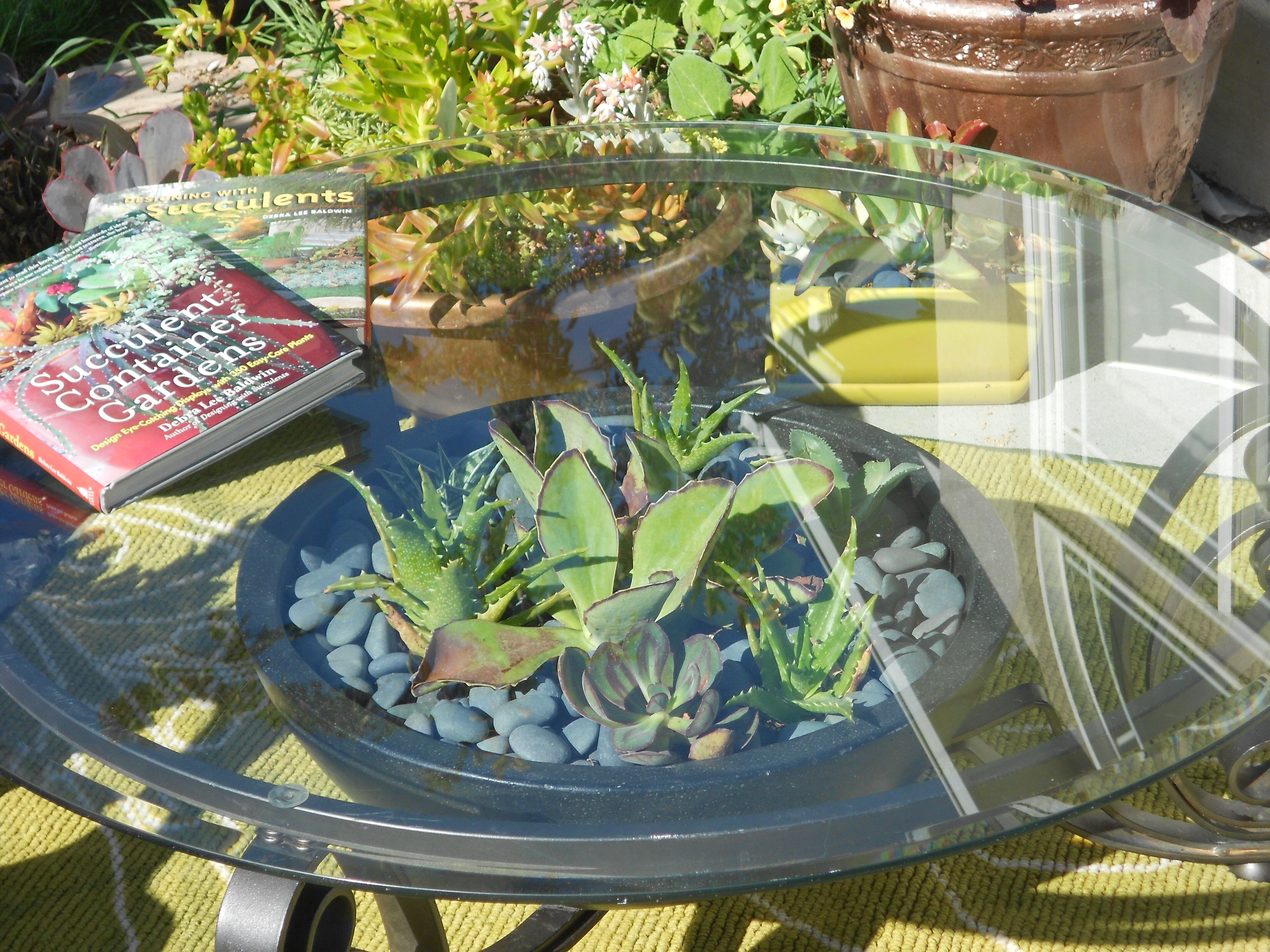 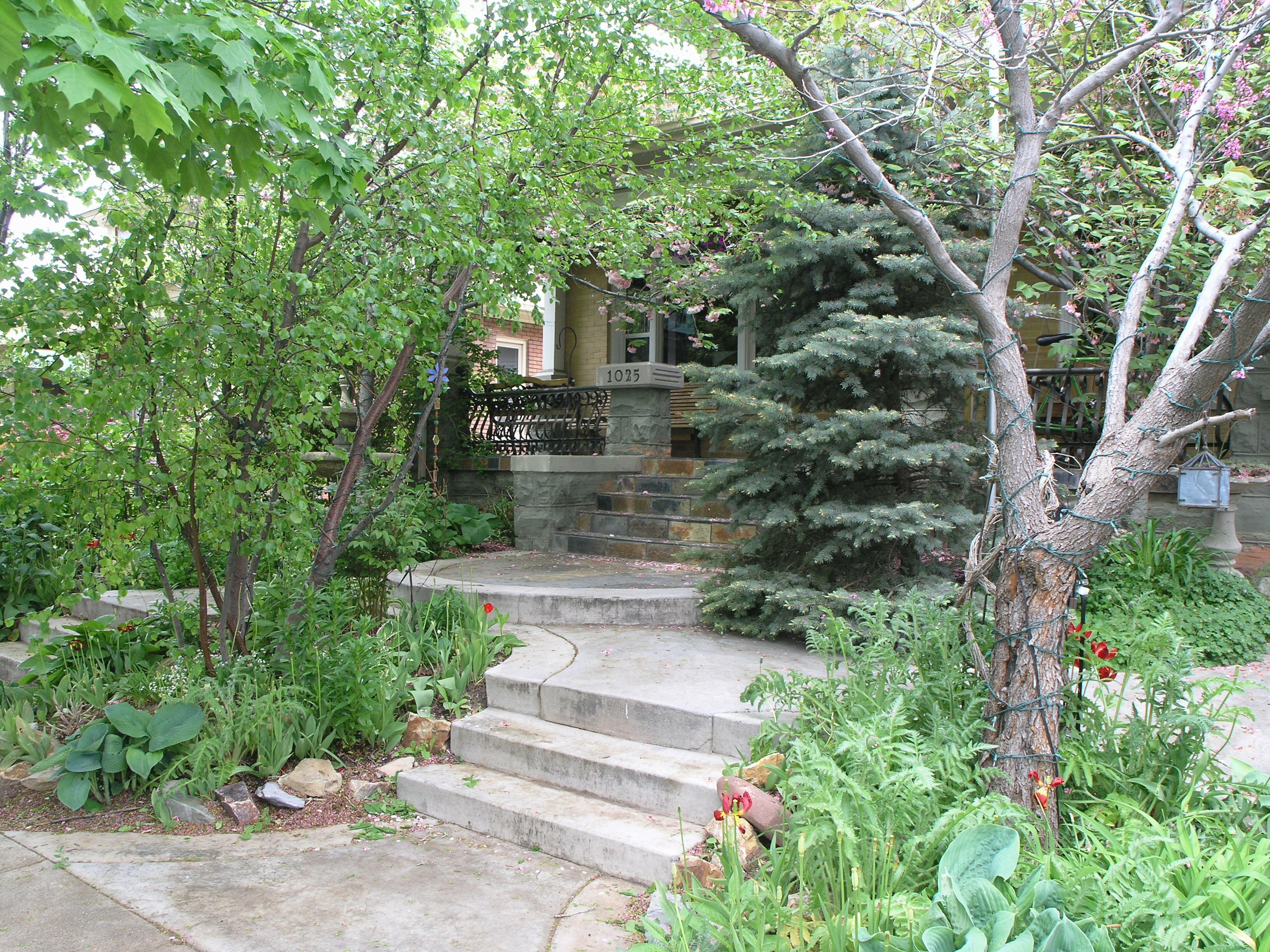