Over the last year an a half I’ve been privileged to be involved with the design and implementation of Salt Lake County’s newest community garden, Mt. Olympus Community Gardens in Holladay.  My involvement began  by meeting with the group to discuss the feasibility of the Garden and to create a basic design plan for the for the Garden layout.  A wonderful County Councilwoman, Jani Iwamoto, initiated the project to solve two problems- to make use of a weedy patch of pubicly owned land AND to provide a vehicle for her son to learn about public service first hand while pursuing his Eagle Scout rank.  I created a pretty basic design based on the limited budget set aside to complete the project.

The Garden is intended to serve two populations- school children from the local elementary school and gardens which would help the area’s refugee community grow many of the crops they are accustomed to in their countries of origin as well as food to supplement their family’s needs.

One of 27 refugee families who have plots at the Garden

I have been fortunate to be involved in several large community-built projects over the years.  From that, I’ve learned that to really succeed, a project requires that ONE (or a couple of them) tireless champion whose dedication, passion and boundless energy drive through all obstacles.  This garden found that in volunteer Paul Fetzer. 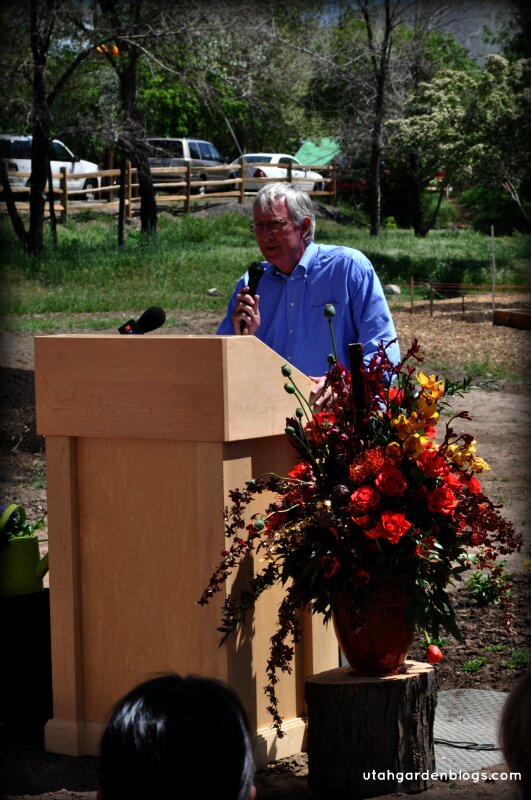 Paul addresses the crowd at the Garden Ribbon Cutting Celebration

It is as amazing as it has become, well beyond the simple budget-conscious design I came up with, because of Paul.  He simply believed it could be bigger and better than any of the rest of us thought possible.  He dedicated himself to ensuring that the project would be a community hub and he’s spent nearly every day there, working for free for months on end to clear the land and red tape, raise funds and structures and draw in as many people in the community as he could.

The pergola structure Paul got donated and constructed by Zwick Construction.

Where I drew up a simple plan based on a pre-determined budget,  he had the vision to see that it could be so much more! He created a watercolor with all sorts of additional amenities then worked hard to bring them into reality. As a result, dozens of others wanted to help and last fall the initial beds were constructed as a community service project to build the beds.  Paul gave more time and energy and some local businesses and charitable organizations were willing to fund a bigger project BECAUSE they could see the community support from so many people. 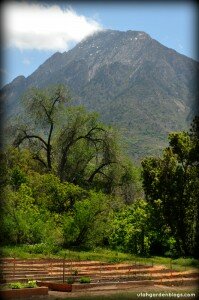 View of Mt. Olympus from the Garden- the gardens and pergola are angled to take advantage of this amazing view.

Imagine what could be accomplished in all of our communities when that one person gets something started? When a handful of people turn it into a top personal priortiy and then when others believe and help MAKE it happen. I had my chance to be the ‘Paul’ on another community-built project, a playground that was custom designed by our school kids then installed by thousands of residents in just 10 days.  It was thrilling and exhausting and amazing. It’s also something I would never do again!  I’ve had my “Paul” moment and perhaps because of that I can be even more impressed with what he accomplished. I know it takes far more hours to pull something like that off than you’d ever imagine!

View of the raised garden beds. The school garden beds are in a different part of the garden.

There are so many things that can be accomplished when we sacrifice together and make a difference, however small.

One of my favorite quotes is:

“All big things in this world are accomplished by people who are naive and have an idea that is obviously impossible”-  Frank Richards.

What are YOU passionate about?  What change have you helped create or hope to create when the timing is right?

Link to news article about the garden: Community Garden 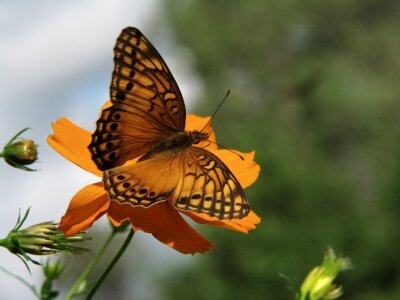 David Salman and Inviting Pollinators into the Garden 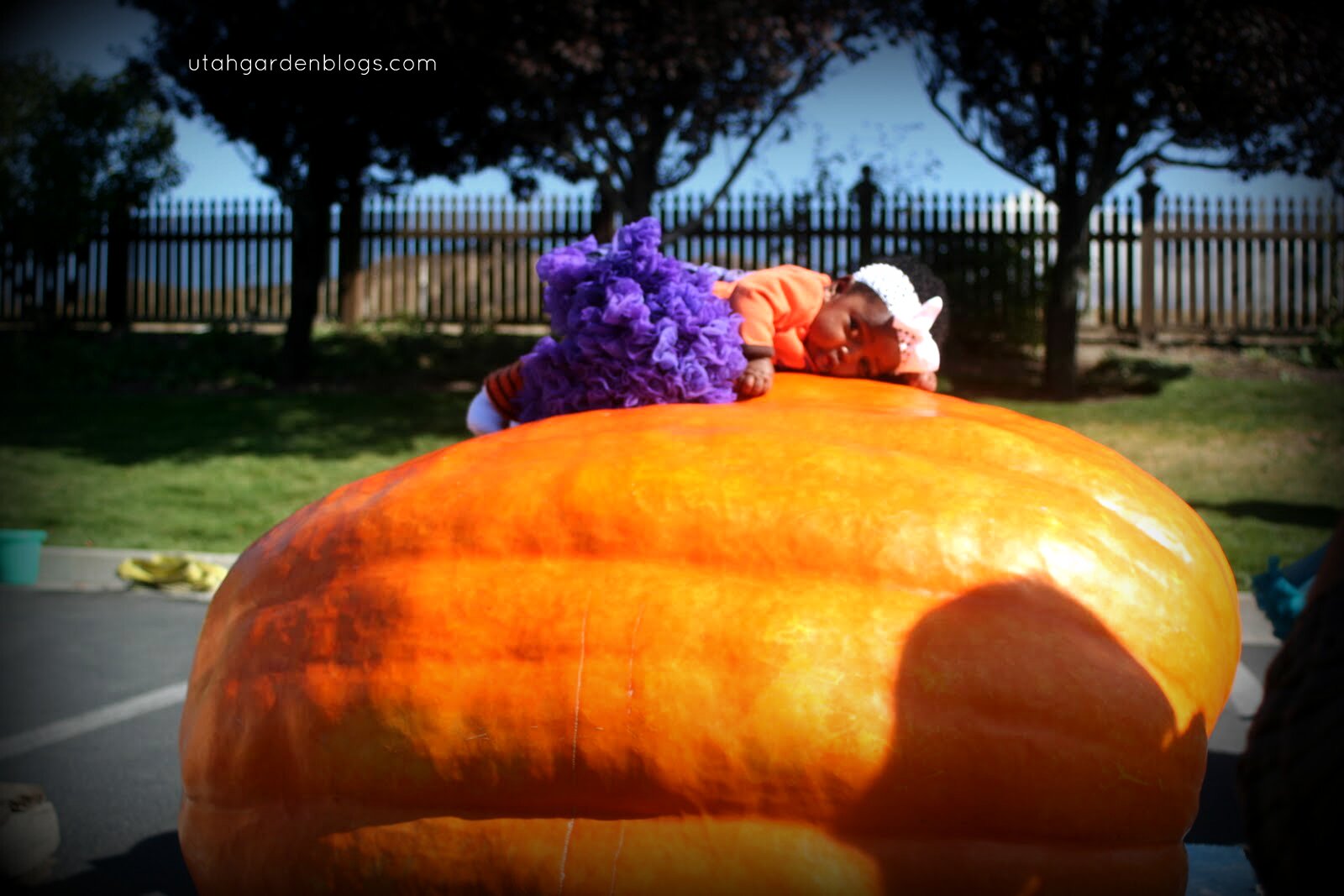