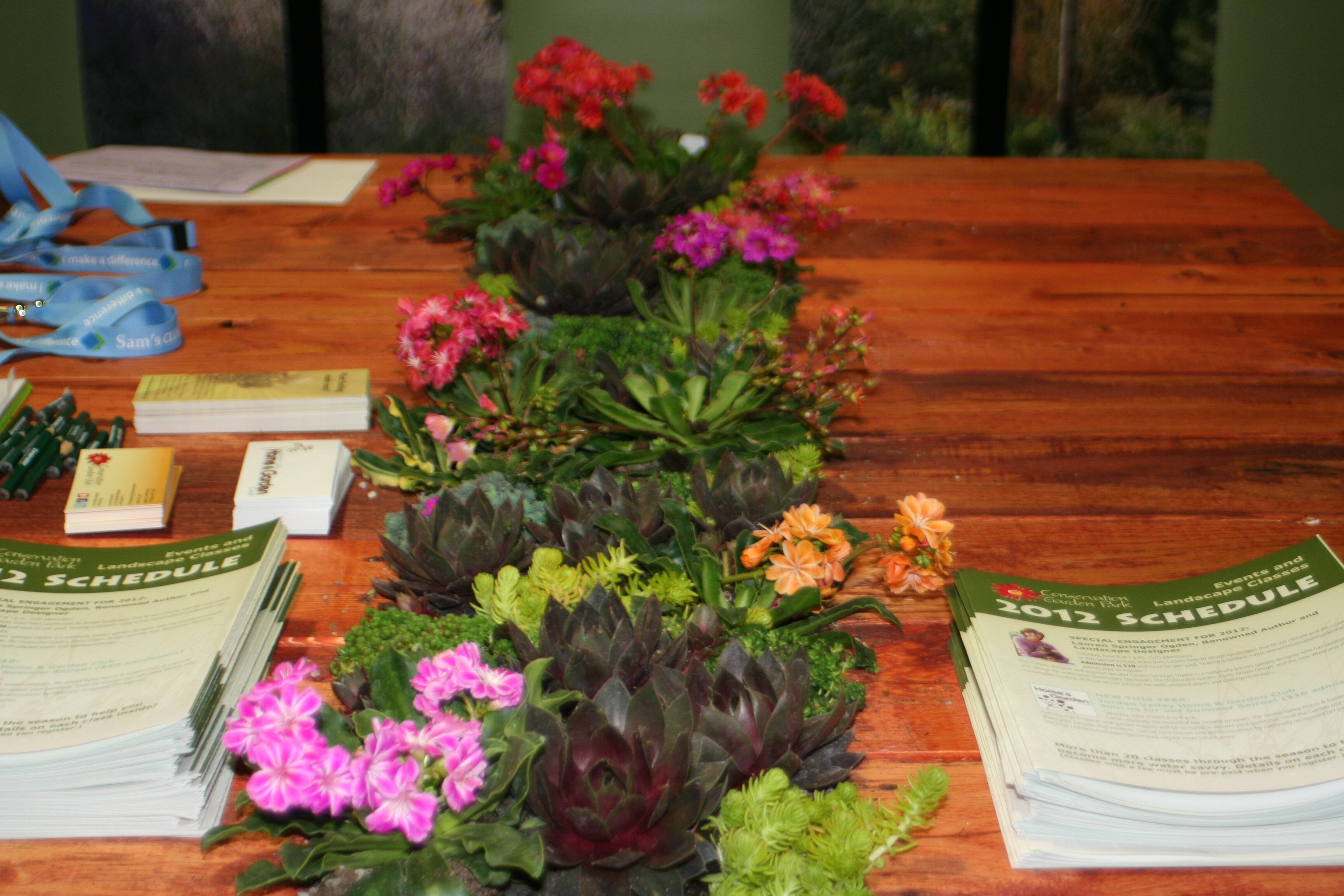 Whew! The last week was a whirlwind!  I actually LOVE the Home & Garden Show.  I’m an extrovert so talking to hundreds of people about plants etc. is a lot of fun for me!  This is the first year in the last five that I am not designing privately and thus was not trolling for clients at the show- I just got to enjoy it with no stress attached!  I found that there just was not enough time to be a Wife & Mom, work at the Garden and run the consulting biz- something had to go and I’m rather attached to the family and a steady paycheck!  However, I just couldn’t resist the urge to design at least SOMETHING for the show!

I have long enjoyed re-purposing items for my garden and so I thought I’d try a little of that for the Home Show.  As recycled pallets are one of the hottest trends on Pinterest AND Utah is generally slow to catch on to new trends, I could totally jump on the bandwagon while still appearing cutting edge (said with just a tinge of guilt!)  Mattie of Flora Grubb Gardens created a fabulous succulent table for last year’s Sunset Magazine Celebration Weekend.  I’ll just link to the original so as to give credit where due but I won’t post any photos here as I do not have permission to do so.

In any case, I used that project for the inspiration but made my table a bit different.  I didn’t want to be limited by the size of the pallets as I needed this table to fit my family AFTER the show (it is now gracing our back patio)!  The original table had a fabulous removable center planter (to enable them to deliver it on the top of a Subaru!) I opted for a simpler built-in version as we’ve got a nice, big Ford 150 to be the workhorse.  Also, I laid the top boards perpendicular to the planting trough which allowed me to make the table any length I wished- so long as I had enough pallet pieces.

The most important step is to find some decent pallets!  I was asked by many people at the show where to find pallets in the first place.  I have a couple that I got for free from a building materials supply company.  However, the slats on them were a little thin so I decided to look around a bit more.  My friend has some pallets that were used to deliver cinder blocks for a wall around their new home- those pallets are OAK!  In general, the heavier the load they support, the better the wood used to create them.  Ultimately I got mine from a local pallet company that sells new and recycled pallets.  At the show, I was told by a bunch of people they had seen free pallets offered up on the KSL Classifieds- so check there for easy pickins.

I actually cheated a bit and got my pallet material from the recycled pallet area at a local pallet supply company.  When I went into the office to ask, I thought the manager would think I was crazy.  And he DID laugh!  Hard.  But only because he said his wife had pinned the photo of the ‘inspiration’ table to Pinterest the night before.  He said that he told her if he, as a manager of a pallet company, had made it- she would think it was ‘white trash’.  However, because someone COOL had made it, it was genius!  I’ve never met his wife but, wherever you are, thanks!  The manager was fabulous about helping me find some great pallet slats from their recycle pile and those old boards included some oak and aspen hardwoods in addition to the standard fir and pine.  I like the slight variances in color and grain that comes from using different woods. 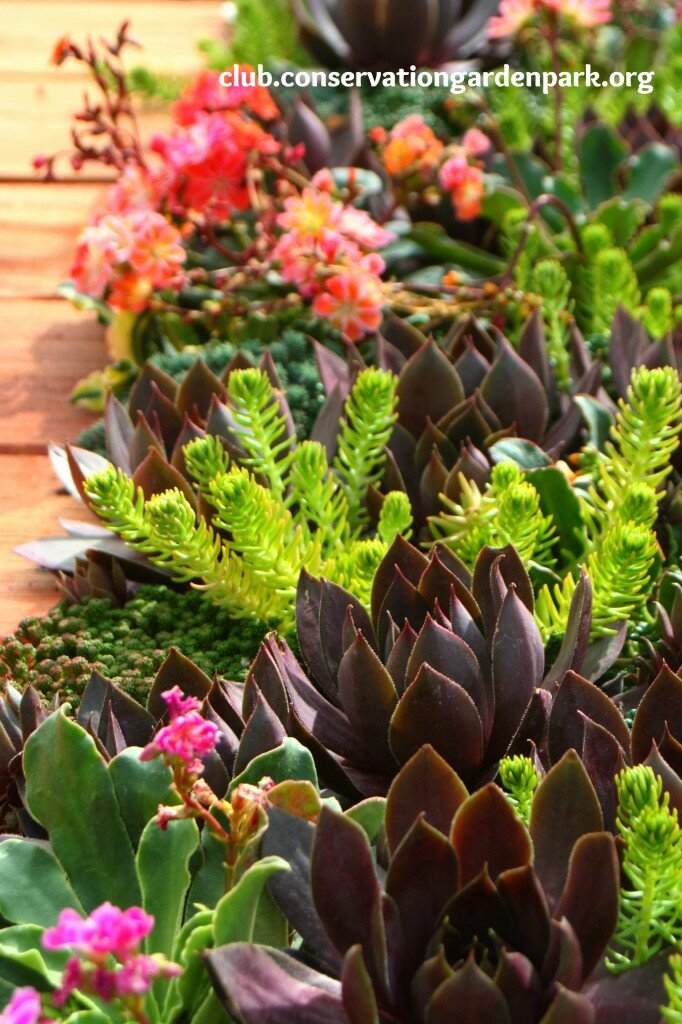 I created the table to attract attention to our booth but also to help pique interest in a new program I am launching through my job, a local real-world “Home & Garden Club” which I clearly need to blog more about! I’m so excited about the Club.  One of the reasons I started as a volunteer at the Garden in 2007 was to create some type of Garden Club so the realization of this goal has been a long time coming.

I created a 2-part tutorial for how to build this pallet table and posted it over at the new blog for the Home & Garden Club.

You can find it HERE. 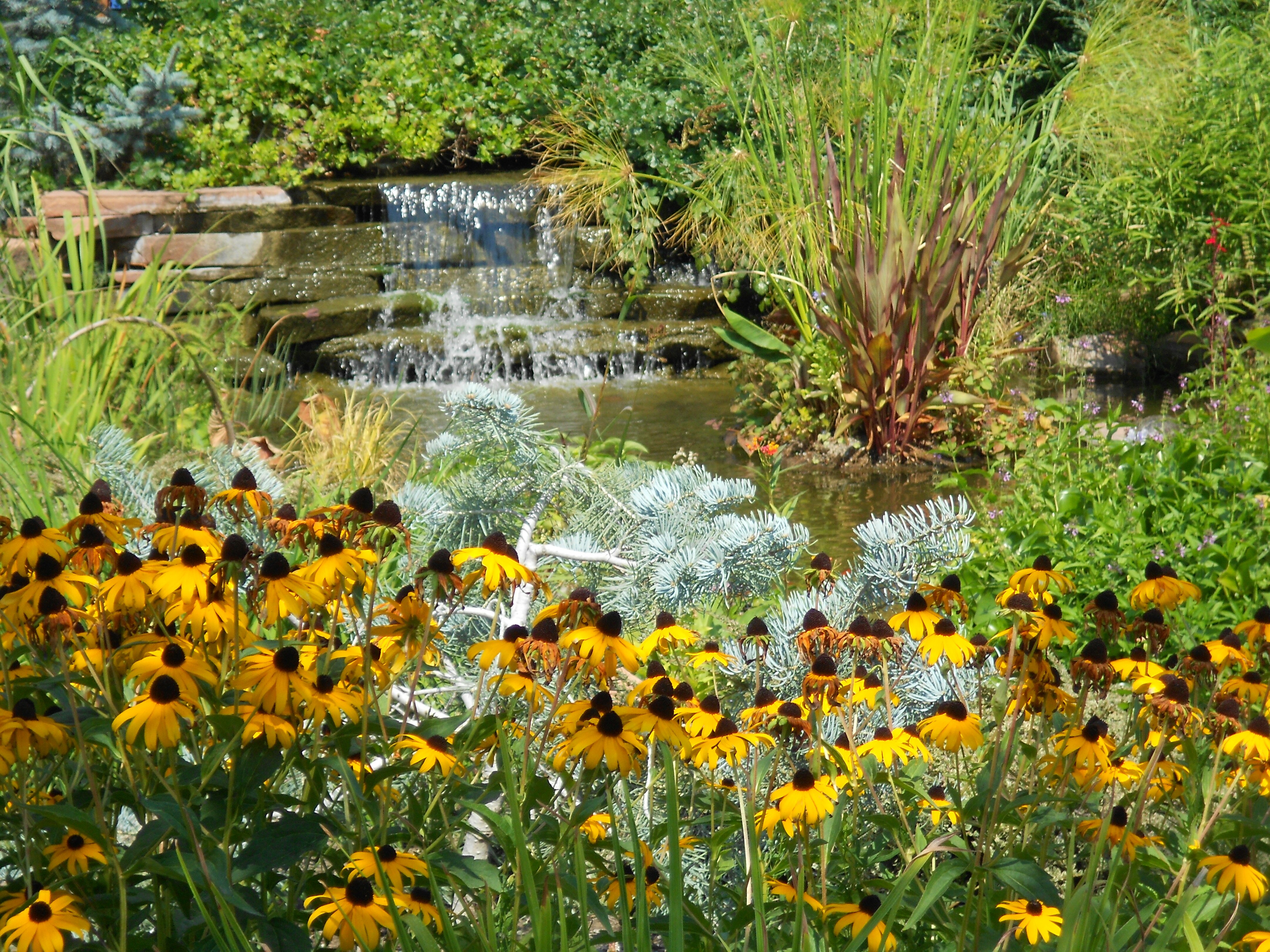 How to Successfully Design a Lawnless Landscape